Previous Next
Buckeyes Fishing for a Cure Derby

The Miles Macdonell Collegiate Angling Club out of Winnipeg held their annual fishing derby on the shore at Lockport on May 27.  The event caps off a series of twice a week group outings to the banks of the Red River.  Headed by Physical Education and school Athletic Director Timothy Au, the extra-curricular club is wrapping up its 6th season of teaching students basic fishing skills, conservation, and good angling practices.

The club had active participation from over fifty students ranging from grades 10 to 12.  A typical after school outing would have the student anglers driven out to the Lockport area by a team of dedicated teacher volunteers.  Each trip would conclude with a shoreline cleanup which on some days would fill up four full garbage bags. 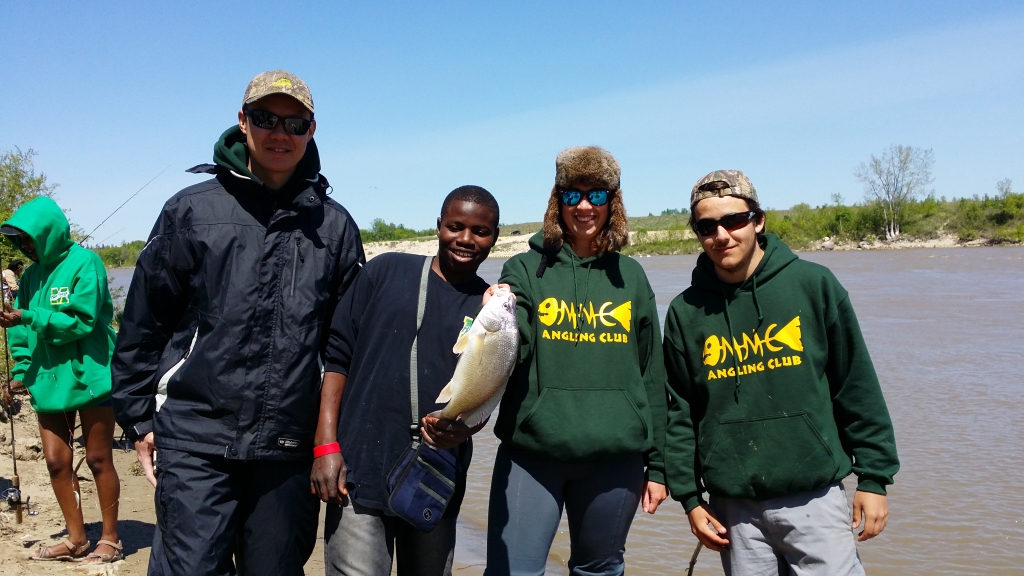 On this day, there were thirty-five students and about a half dozen staff available to attend the 9am -3pm fundraising derby.  By the end of the day the total number of fish caught was a phenomenal 44!  Mr. Au stated that the faster current and muddy water conditions actually contributed to there being less fish caught compared to past events.  I witnessed all kinds of fish being hauled in from freshwater drum to bullheads to even a couple of walleye.

All students who participated received a prize.  Awards were also handed out for ‘Biggest Fish’, ‘Most Fish’, and ‘Smallest Fish’.  Hats off to every member of the Miles Mac Angling Club as they were also able to fund-raise over $1100 for Cancer Care MB and other charities yet to be decided on as a group! 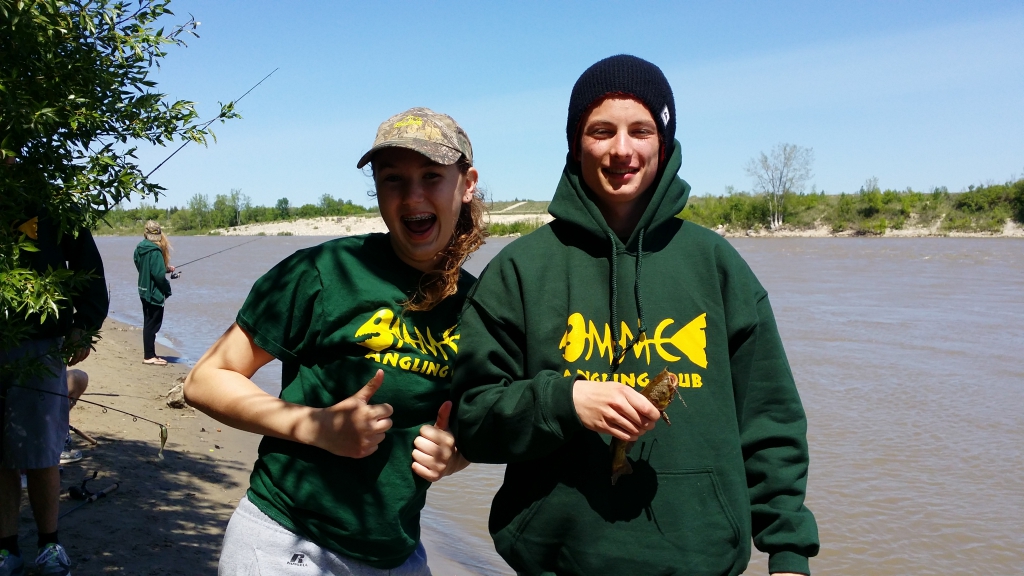 Mikaela and Kieran pose with one of Kieran’s 8 fish caught on the day.

The club would like to thank all of their sponsors and supporters including: Doug Fast, Susan Gilbert, and MIG Insurance for donating the club t-shirts, Al and Paula Loewen at A&P Plumbing for donating the club hoodies, Paul Duncan for donating tackle, prizes and fishing gear, and Stu McKay at Cats on the Red for all of his help.  Much thanks as well to The Fishin’ Hole, Pro-Am Tackle, Don Lamont, Eric Labaupa, Derksen Mechanical, and Aaron Wiebe. 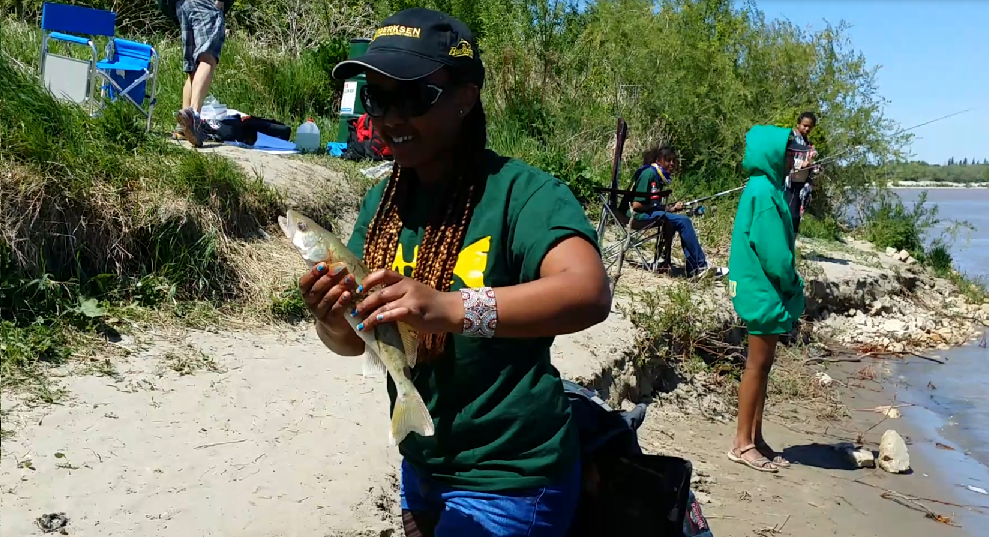 Netsanet with a nice walleye.