There have been tagged catfish contests on the lower Red River in years past, but this year’s month long event is unprecedented.  Ticket holding participants will have from May 30th until June 28th to chase after any one of 10 tagged channel catfish for a cash prize.
You’d better run down to your nearest Ticket Outlet and purchase a ticket for the 2015 Lockport Tagged Catfish Contest.  Our 6 Man Tag Team braved the elements this cool rainy May 28th morning tagged 5 beautiful hard fighting channel cats ranging from 12 to 24 lbs.  The catfish were caught, tagged, and released between Selkirk Park and the Lockport Dam.
Please enjoy the pictures of our team members holding up the tagged catfish that each had caught.  As you can see in the pictures our tags are lime green and have 3 digit numbers on them.

The members of our 6 man Tag Team were Al Thompson, pontoon boat owner: Mark Pegg, official tagger from the U of Nebraska in Lincoln; Jeff Kelsey, a friend of the Contest Chairman; Lyle Thompson, Owner of Skinner’s River Road; Brent Thompson Owner of Skinner’s Hwy 44; Mike Klassen, Owner of K5 Insurance in Selkirk; and Contest Chairman Dan Sernyk, official photo taker, video taker, and donut bringer.  We all enjoyed a treat lunch of hot dogs, fries, and drinks compliments of Brent and Brenda Thompson, the Owners of Skinner’s Hwy 44.

It is extremely important to note that if you are not entered in our contest when you catch one of our 5 tagged catfish, in the spirit of true sportsmanship, please release it back into the river so that another angler in possession of a $20 ticket can catch the fish, take the 2 required  pictures, and phone me on my Cell Phone at 204-612-9379 to make arrangements to meet me or another Contest Official at Skinner’s Hwy 44 to verify your claim and to award you with a cash prize between $500 and $5,000. 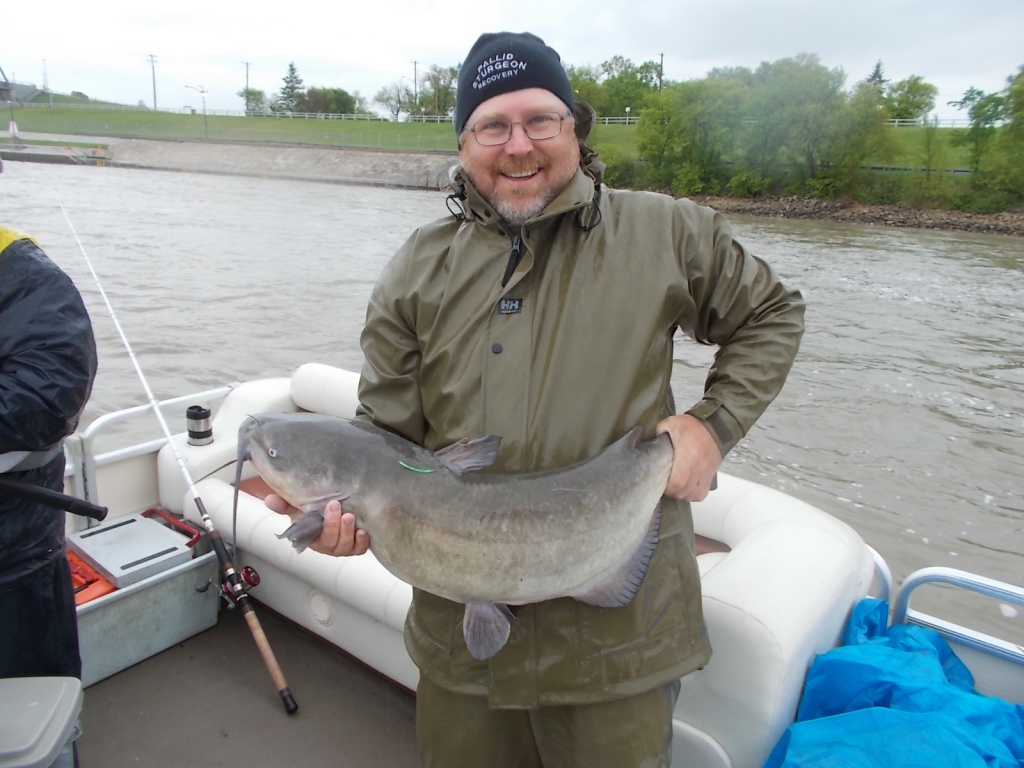 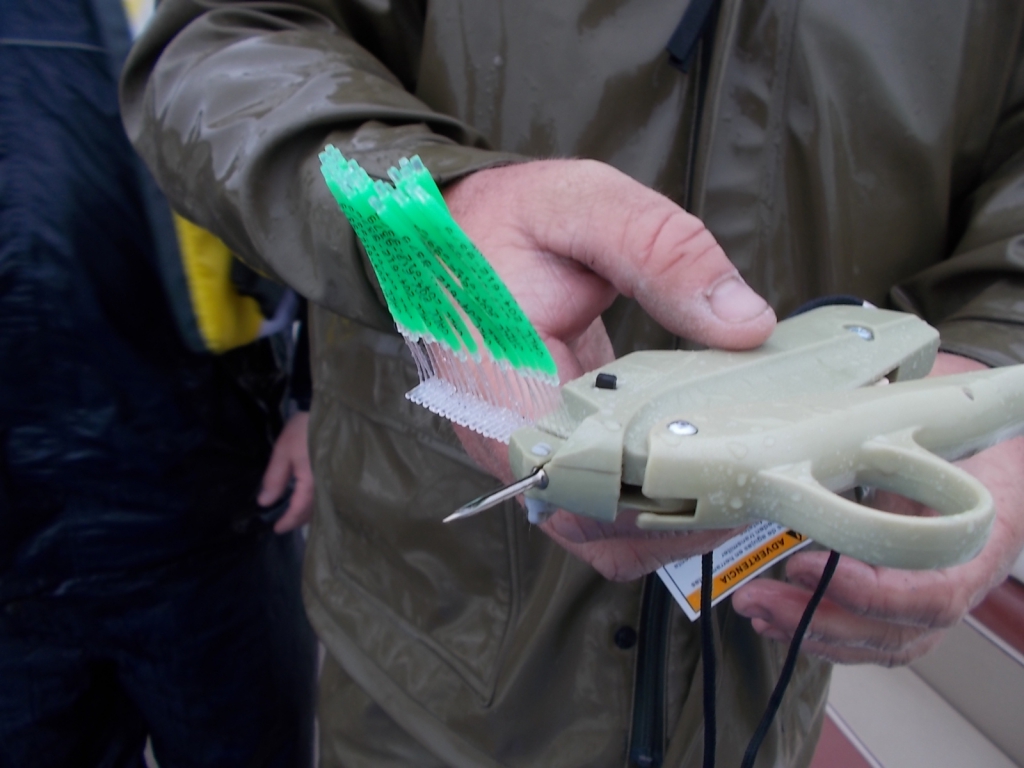 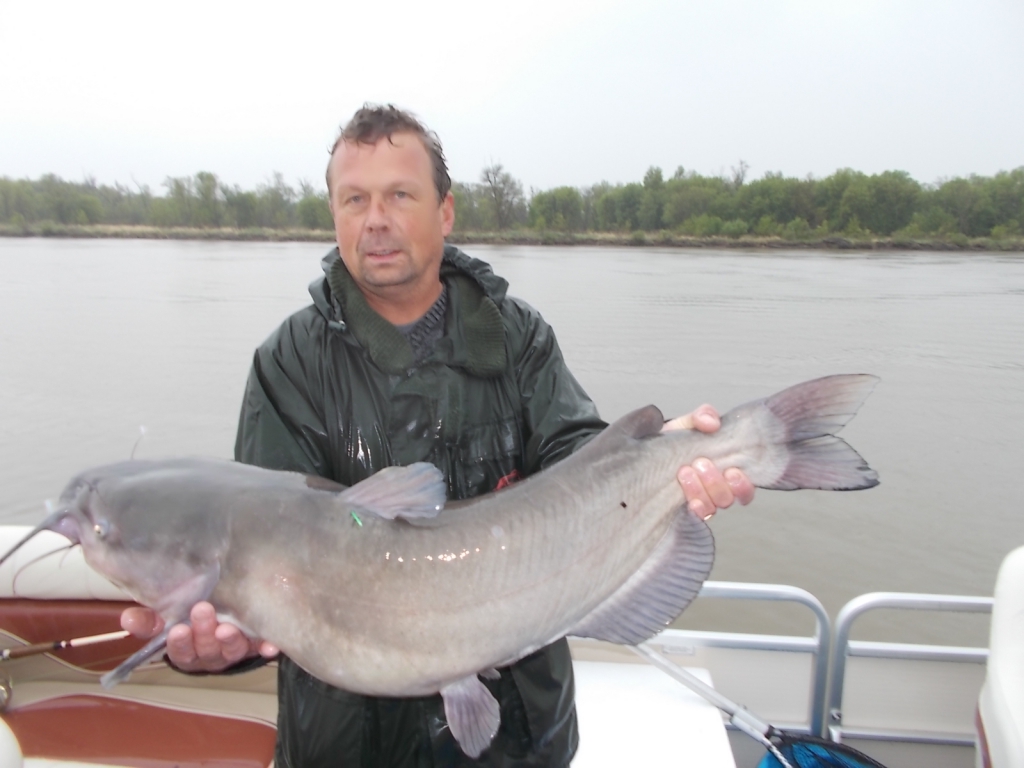 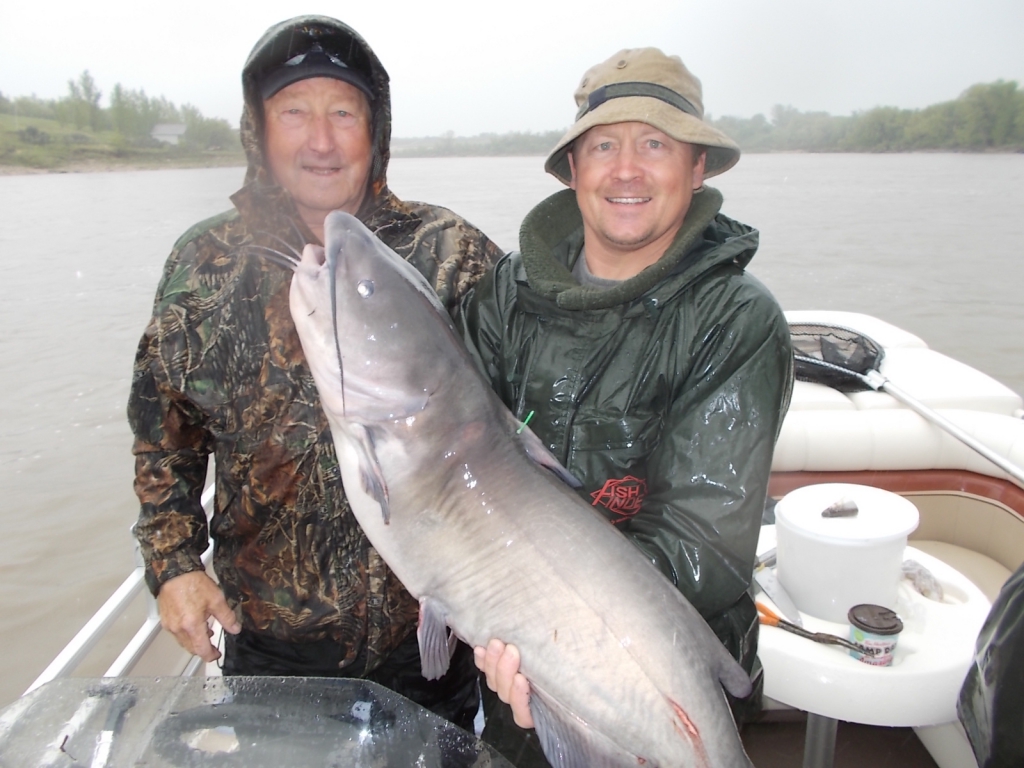 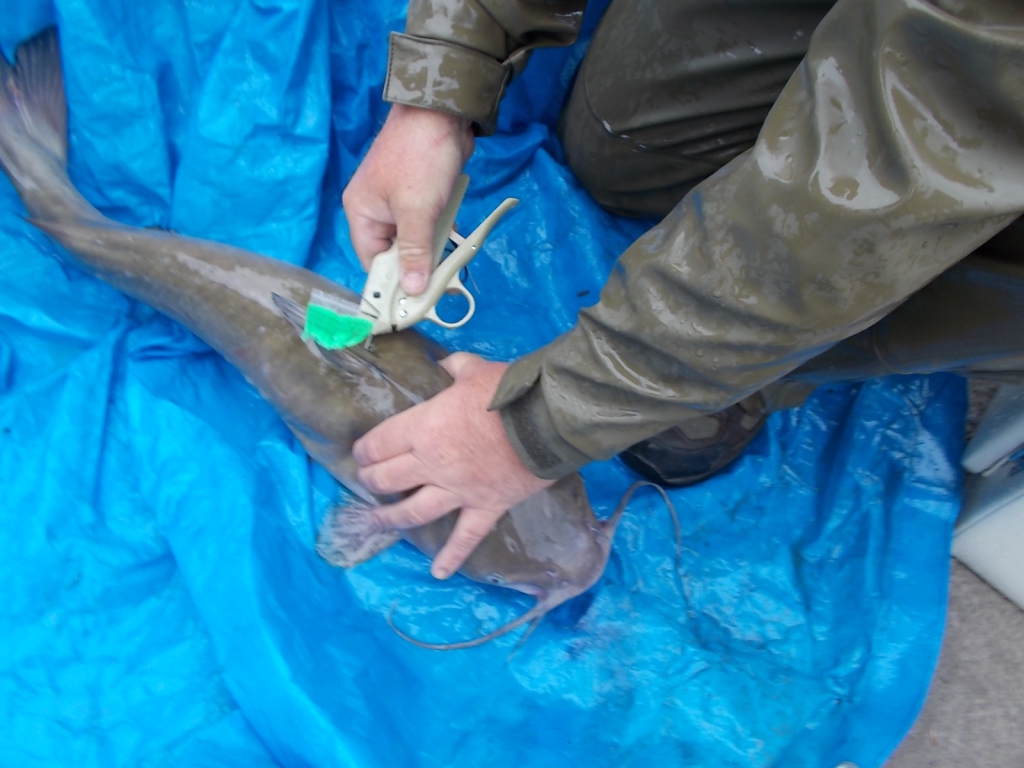