As we finally shake off winter and welcome in spring, things in the fishing world are buzzing with excitement!  Lakes are thawing at a rapid rate, boats are getting maintained, reels being re-spooled with fresh line and the Manitoba Bass Anglers host their annual “Beer and A burger” fundraising event at Tavern United on Regent Ave.

The Manitoba Bass Anglers have been in existence for well over thirty years as a fishing club and have a lengthy list of distinguished executives both past and present.  The newest addition to don the presidential hat is a gentleman by the name of Ben Lang.  Ben has only been a member of the club for two years, however he has caught the bug that many of the people before him have, and that is to spread the love for the sport of bass fishing. 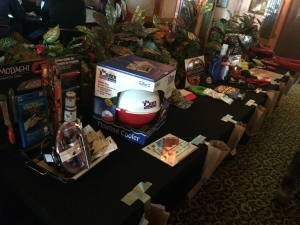 When asked why the club fundraiser was so important to the Bass Anglers Ben said, “The annual fundraiser is an important piece in the bass club’s year as it not only helps us fund many different events throughout the year like the Big Brothers & Sisters ‘Big Day’, but it also is where we perform the random draw for the starting positions for the newly named G-Loomis Skeleton Cup held on opening day (May 14th) on Falcon Lake.”

The ‘Big day’ was an idea brought to the club from former President Christina Gaudette some years ago as a way for the club to give something back to the community.  The club hosts a day where they invite the Big Brothers and Big Sisters organization to come play games, have lunch (and ice cream) and of course, learn how to fish!  The smiles and laughs were endless! 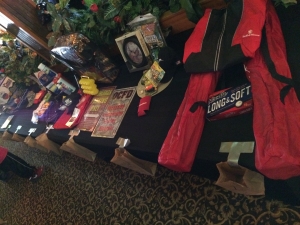 When asked if there was anything new on the horizon for the bass club Ben quickly smiled and said, “New for this year is our Lac Du Bonnet tournament!  It’s replacing the former June tournament held on West Hawk Lake.  The entry is open to anyone and it’s my hope that this will become the second biggest premiere bass tournament in the province hosted by the Manitoba Bass Anglers!”

Twenty-six out of a potential fifty team field have been randomly drawn and are now set to kick-off the season in Manitoba.  Teams or individuals who are still interested in fishing the tournament or in joining the bass club are urged to check them out on Facebook or visit them at www.manitobabassanglers.ca.

Good luck to all the competitors!

Please check your feed, the data was entered incorrectly.